Before the Introduction of OS X Mountain Lion’s Notification Center, I always wondered if there was an easier way to get notifications by the Official Twitter Mac Application, as all it leaves is a small Icon notification; so I carried out a few different designs to experiment with. One stuck out as a particular favourite, for its simplicity and seemed more subtle than previous ideas.

I tried making a design in Photoshop as an example, making a UI design that was similar to Growl Notifications that showed the reply in its entirety, while also being able to reply, retweet and favourite the Notification at the same time. The Design also used a subtle texture so it’s not just 100% flat colour, and the type had a slight letterpress style. All in all, the design was simple and sleek. 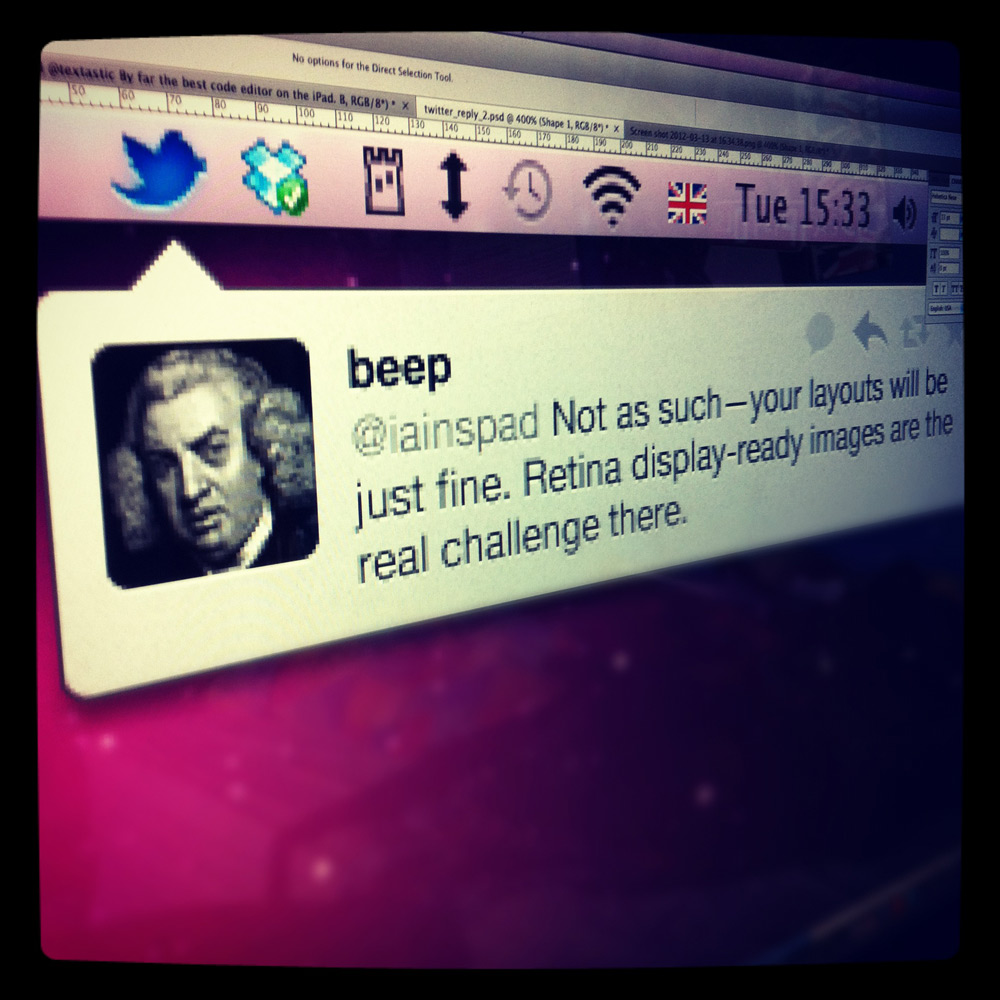 It’s always something I thought was missing from the official Twitter Mac Application, and somewhat wonder if it was something that had been given much thought, compared to other Twitter Applications such as TweetDeck. But this idea at the end of the day, was just experimentation.